I have decided to explain the lamb primal cuts showing the Handbook of Australian Meat (HAM) numbers. The lamb cuts chart diagram below is the same chart.

The diagrams are wonderful at showing how many sub-primal cuts we can get just from the one main piece of meat. By opening the link first, you can then revert back and forwards to each sub primal usage explanation.

Watch how to break down a Whole Lamb Carcass as Butchers do ready for selling to customers. 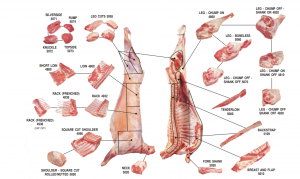 Butchers can turn one main primal cut into many types of meats for may different recipes and different cooking style.

It is a real art when you realise that butchers can make and prepare so many products starting from one main primal. Not only for lamb but for all meats.

I will use individual lamb meat cut images and explain what cooking style they can be used for. I will use the Australian HAM number so you can follow. The HAM numbers are used by sheep meat importers and exporters across the World for placing and taking orders. The numbers are an Australian Standardised tool for the Australian meat industry. Other countries have their own meat primal cut numbers for trade purposes. 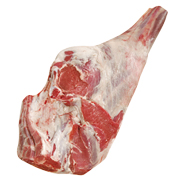 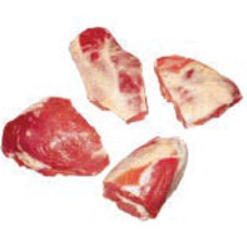 The Trimmed Leg Cuts 5071, 5072, 5073, 5074 are the same cuts from 5065 except they are heavily trimmed of all fat. These leg cuts are very tender and are used for lamb leg steaks or great for kebabs or stir fry cooking when cut into thin strips. They are regarded as Premium Cuts of Lamb. Quite expensive at restaurants and Lamb Rump is a cut used commonly.

Learn How To Butterfly A Leg On Lamb Step By Step… 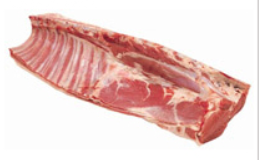 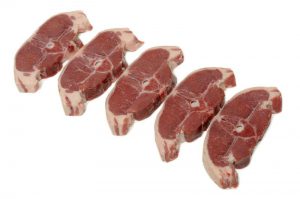 The lamb Loin 4860 is made up of 2 parts. The Short Loin 4880 and the Rack 4932 which you will see in the next Primal Cut. The Short Loin 4880 is the T-Bone of the Lamb. When left as a Short Loin Pair 4883 and cut into chops they are sold as Double Loin Chops. They look spectacular when cooking on the grill and become a bigger sized lamb chop. Tender and delicious. 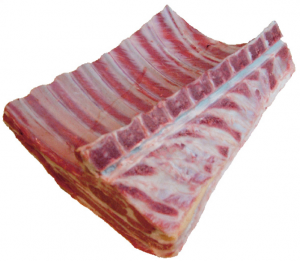 Rack Cap On-Frenched 4756 is what we all mainly see at butcher chops and supermarkets. Frenched means that the meat has been removed from in between the rib bones. When the cap is removed and Frenched some times the chops are cut individually to become French Lamb Chops. These are a delicacy and very expensive at restaurants and in butcher shops because of the waste from all the trimming. For special orders the  Racks are left as a pair with the back bone carefully and skilfully removed and then Frenched and tied into a cylindrical shape. The finished item is called a Lamb Crown Roast as it looks like a Kings Crown you would wear on your head. A very special roast for a very special occasion. 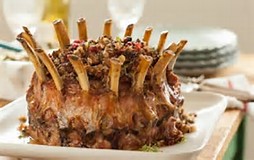 Lamb Shoulder can be used as chops, bone in and boneless roasts slow cooked and the meat can be diced for famous Irish Stew wet cook dishes. The meat is moist, tender and flavoursome. The Shoulder Rack-Frenched 4739 is a cheaper alternative from the highly prized Loin Rack of Lamb although I prefer the Shoulder for slow cooker roasts as the meat just falls apart and shreds easily for a nice Lamb Wrap.

Lamb Shanks Frenched 5029 are the normal Lamb Shanks that have some of the meat trimmed off the top of the shank. After the Frenched Shank is cooked the meat shrinks down from the bone and leave a clean bone like a handle and the cooked shank looks like a Drum Stick. Lamb Shanks are mainly cooked slowly either roasting or stewing. Great with mashed potato to soak up all the gravy sauce when cooked in a stew.

As you can see there are many ways of preparing a Leg of Lamb. When you see these in Butcher shops or Supermarkets they will generally be sold and described as Lamb Leg Rost. Most of these variations are for exporters and importers cutting specification for certain customer requirements. The Chump 4790 is usually cut into Chump Chops and great for the BBQ as they are very tender chops. When the Leg is boned they can have the shank on, shank off, chump on, chump off and interchangeable as well. Many times they are even netted and sold as Boneless Rolled Lamb Legs.

I get a Leg, bone it out and butterfly it open and then marinade in the GREEK STYLE MARINADE from my Lamb Recipes page. Great cooked as a roast or on the BBQ and served with a yogurt dipping sauce. A speciality of mine.

No real need to explain about the Tenderloin. In one whole lamb the amount is 200g to 300g in total. The cut is very tender and is quite expensive. Great to be used for kebabs or flattened out and used as a steak.

Another very tender and expensive cut of lamb. The Eye of Short Loin 5150 are highly sourced by top class restaurants and hotel restaurants. The meat is expensive because of the heavy trimming of fat and silver skin membrane. Again there is only a limited amount on a lamb so it take quite a few lambs to be boned to fill a good order. I quickly pan fry the Eye of Short Loin and when nearly finished I add a nice helping of Balsamic Vinegar and let it burn off. The flavouring is sensational but must be cooked no more than medium rare. 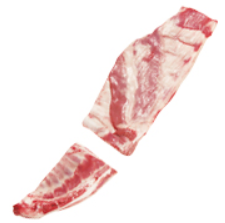 The cheapest cut of the Lamb. In Asia the Flap in boned and then layered with lean lamb meat and then pressed, rolled into a large cylindrical shape wrapped in plastic. The cylinder is then frozen and the meat is sliced thin on an automatic slicer and used all over Asia in Hot Pot restaurants. Lamb Flaps 5011 are in great demand in China as the cut is in-expensive and Hot Pot Lamb is a favourite dish amongst Chinese people. 1000s of Tonnes are sold every year. I love Hot Pot restaurants and have eaten my fair share of the Hot Pot Lamb. 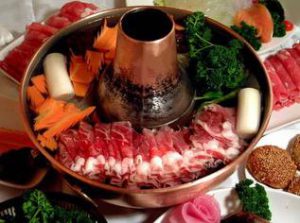 There are many other methods that cuts from a Lamb carcass can be prepared by Butchers. Butchers are able to even turn meats into art forms just to create an eye appealing display in their cabinets to get a conversation started with their customers. 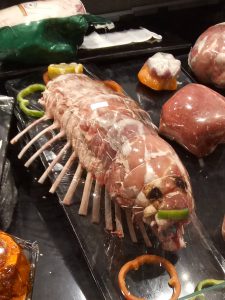 Click my Lamb Recipes to find some of my own cooking favourites.

I hope the information provided can help you to find a cut for your cooking needs and feel free to leave a comment if you have any questions.