You may not know it but meat is just another product that is caught up in the fake counterfeiting industry with the trade worth billions of dollars world wide.

Meat and in particular beef that consumers purchase is sometimes labelled incorrectly and not from its original source. This happens mainly in overseas markets but can happen in your home country as well.

Australian beef has been quite susceptible to this criminal act but now with technology the industry is hoping to combat the problem.

So how can this work?

Pricewaterhouse Coopers (PwC) is investing in technology that can identify meat when it is scanned with a smartphone. The technology is being developed in Australia.

Craig Heraghty, national agribusiness leader at PwC, said they are looking at a process were engraving the meat when it is processed in Australia is a possibility.

“A business out of the United States has developed a silicon dioxide technology, which is already an accepted food additive … whereby (the formula) is etched onto the packaging … and when looked at with a very sensitive camera lens you can determine the difference in the etching (to tell if the meat is Australian),” he said.

“At the moment we are deploying it on what we call primary packaging, so packaging that is in direct contact with the food itself. This means for a steak, for example, it could be the blood soaker pad or the tray or the plastic wrap around it.”

This technology scans meat to see whether it is Australian in an effort to stop the fake Australian branded beef trade.

Spraying the silicone dioxide directly onto the meat will require a rewriting of the food standards code and it is a possible path that the company is researching. Here is how Craig describes it…

“If you imagine a small amount of icing sugar between your finger and your thumb and you are rubbing it together, you can only just feel the icing sugar — it is really, really fine — the silicon dioxide is about the same as that, however the particles are translucent, so the naked eye can’t see it.”

“Silicon dioxide is already approved for use in anti-caking agents like milk powder, and cake mixes.” he says.

The next developing process is the technology which can scan the meat to identify the silicon dioxide etching and tell the consumer information about the meat’s origin.

So far PwC has been using a microscopic camera for scanning the meat, but for ease for the consumer the development of an app is the obvious plan so consumers are able to scan meat at supermarkets, butchers and in restaurants.

“The ability to deliver information for a specific steak is somewhat unlimited,” said Mr Heraghty.

Australia’s Place In The Industries Development…

Australia has been at the fore front of trace-ability as Mr Heraghty explains.

“We can trace the meat back to its NLIS number (trace it back to the farm) … and with some suppliers we will be able to go back through all its genetics as well.”

“As a consumer, only certain information will be of value, so we are working with brands to unearth what it is they want to deliver in terms of message.”

“And as long as it is the truth, brands will be able to deliver their messages directly to the consumer.”

PwC expects the smartphone app will be available by early next year. 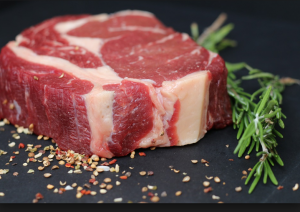 Counterfeit meat and mislabelled meat is big business. Beef is normally the most counterfeit target because of its value. In my time in China there was a case where pork was doctored to give the appearance and texture of beef as the price difference is so great. A group of people were caught and prosecuted for the offence.

Countries like Australia that produces some of the cleanest, greenest, safest, top quality meat in the world, are very target-able in the export market and also mislabelling meat with fake logos is common practice. The end user really needs truthful information were they are able to enjoy what they ask for and have confidence that what they pay for is the real product.

There have been allegations of restaurants renaming brands or certain farmers or even certain regions on their menus, just so as they can charge a premium but the product being serving is not from the real suppliers.

The counterfeiting has become a world wide issue and happens in the United States, across Europe, South America, across Asia and eastern Europe.

Feedback from some countries like China, where extensive research has been carried out, has shown that there is a lack of trust and confidence within their markets to supply honest goods. Consumers are suspicious of the meat that they purchase and a frequently disappointed with the meat eating experience, sometimes making them turn away and use other sources of protein.

Technology that not only manages produce trace-ability can now alleviate these fears with these further additional developments that PwC are investing in.

What does this mean for farmers? 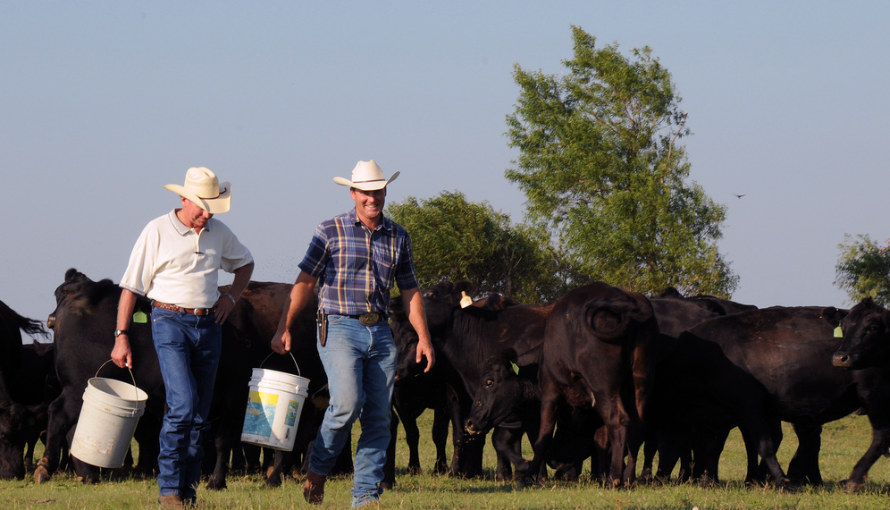 The technology has the ability to revolutionise the meat industry by weeding out the fake products from the high quality products around the world and get control of supply chain.

Farmers work very hard and put their heart and soul into their produce with passion, knowledge, research and skill built up over lengths of time through improved farming practices.

A first rate technology like this, that can be readily adopted when finalised, will give farmers confidence that their efforts are well respected in knowing that counterfeiting can be controlled if not eliminated and in being able to deliver their quality product that the consumers expect and deserve.

The whole industry needs to embrace technology in order to protect the interests of the whole supply chain from production to consumption and I’ve always been a believer that if we learn to embrace good technology, we can make any industry safer and give consumers confidence in what they purchase and eat will be the real deal.

I hope you enjoyed my article and I will try to keep you updated with new happenings in this meat industry that I love.