I will explain the beef primal cuts using a link to the Australian Beef Cuts Chart that shows the Handbook of Australian Meat (HAM) numbers for reference. The beef meat carcass diagram below is the same chart. I suggest to open the link below so that you get the bigger image for better viewing.

The diagrams are wonderful at showing how many sub-primal cuts we can get just from the one main piece of meat. By opening the chart link first, you can then revert back and forwards to each sub primal usage explanation.

You can also watch a professional Butcher how to break down a Beef Hindquarter and Beef Forequarter with these link. This is how I do it as well. 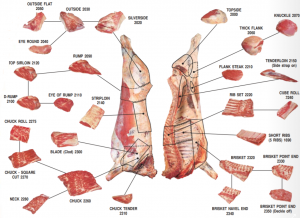 Butchers can turn one main primal cut into many types of meats for all different recipes and different cooking style.

You will be amazed…

I will use individual beef meat cut images and explain what cooking style you can use these cuts of meat for. I will use the Australian HAM number so you can follow. The HAM numbers are used by beef importers and exporters across the World for placing and taking orders. The numbers are an Australian Standardised tool for the Australian meat industry. Other countries have their own meat primal cut numbers for trade purposes. 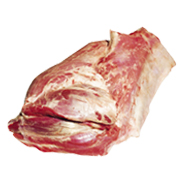 The Silverside is quite a tightly grained cut of meat. It can be very lean and I mainly use it by slicing thin and preparing into breaded schnitzels. The Eye Round 2040 is a perfect cut for slicing thin and using for Scallopini dishes with a wine, flour, gravy sauce. I have a BEEF EYE ROUND SCALLOPINI WITH WHITE WINE recipe in my beef recipe page. The Silverside is also used in brining as Corned Silverside or Roast beef and used as a cold cut meat for sandwiches sliced thin on a slicer in lunch bars and deli’s.

In the USA, Silverside is part of the Round Primal Cut. 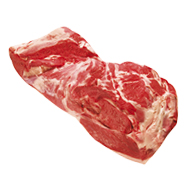 Sirloin Butt is a term never used in Australia but commonly known in USA. Rump 2090 is commonly used in restaurant around the World as a large steak. Tender and succulent. Rump Cap 2100 is a South American favourite know as Pichana and is widely used as a roast or cooked famously for Brazilian BBQ meals. The Tri Tip 2131 is cut that is sliced thin for Asian style cooking and great for Asian Hot Pots. All of the Rump 2090 when trimmed of fat can be used in Stir Fry cooking and also for Beef Stroganoff. 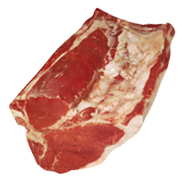 Short Loin 1552 is what we actually call T-Bone Steak when we cut and slice into portions on the bone. 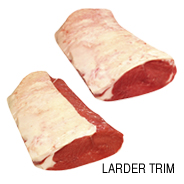 Striploin 2142 is what the primal is called when the Short Loin is de-boned in the whole piece but when we slice into steak portions we then call it Sirloin Steaks. Sirloin steaks are generally regarded as the 3rd in line of the tenderest steaks from a beef carcass and is widely sold throughout the World in all Steak House Restaurants. Larder Trim just means the heavy fat coverage from one side is trimmed to certain specifications when ordered by restaurant customers from their suppliers. As well as Striploin being used for steaks, when left in a piece it is a great tender roast. 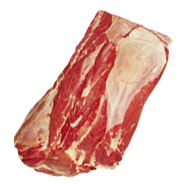 Blade 2300 is from the shoulder of a beef carcass. The meat is tender and best used in wet cooking style dishes like stews, casseroles and slow cooking ovens.  Many butchers use Blade as diced or cubed beef for these dishes. Oyster Blade 2303 has a tendon through the centre starting thick and then tapering to a thin tendon to the opposite end. When cooked slowly this tendon becomes soft like jelly but when fried or grilled as a steak the tendon becomes quite hard and chewy. The Bolar Blade 2302 is a very underrated cut of beef and is used often at restaurants for buffet lunches and dinners as carvery roasts. The pricing is very reasonable and if learnt how to prepare and cook properly you can get real value for your money. It is regarded as the rough diamond in the butchers meat play book. One of my favourites for sure. 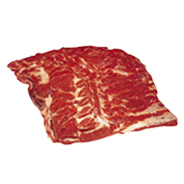 When butchers use the Chuck 2260 they mainly trim quite heavily and turn it into a Chuck Roll 2275. The Chuck Roll is then used as thick sliced steaks for slow roasting, (mainly in the USA) or cut into big chunky cubes for slow thick stews. The parts trimmed off with the Neck 2280 are either used for hamburger meat or trimmed further and used for minced meat. Chuck Eye Roll 2268 is used in Asian cooking by semi freezing and then slicing very thinly on a automatic slicer. The Chuck Eye Roll has a number of fat deposits within the meat structure and cooks very nicely in Hot Pots or quickly grilled on a Korean Style BBQ. A very flavoursome and tasty cut of beef. 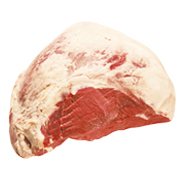 The Topside 2000 is a very lean primal cut when trimmed of the fat on the top. The meat makes perfectly very lean beef mince but is also a very dry cut of meat. When the fat is left on a whole piece the meat can be used as a carvery roast for buffet lunches and dinners at restaurants or catering functions. 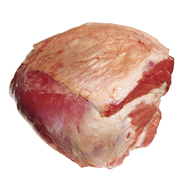 Thick Flank 2060 is the name hardly ever used in Australian butchering for this cut of meat. I think the name is retained for now because of tradition and for export orders. Knuckle 2070 is the most used name for this primal cut. The knuckle is highly sort for Asian markets as the meat is very lean with minimal trimming thus giving a great yield for purchasers. Sub primal cuts names for 2067, 2068 and 2069 are never used and generally just described as Beef Knuckle Heavily Trimmed. Because of its leanness the Knuckle is great in thin sliced Asian cooking and quick stir fry cooking styles. These are very common dishes all over Asia.

The Tenderloin 2150, 2160, 2170 is the tenderest cut of beef. It is also know as Fillet Steak and Fillet Mignon Steak. Tenderloin is the most expensive cut of beef from the beef carcass and is one of the highly sourced primal cuts from restaurants and hotel restaurants. The steaks are normally cut very thick and cooked rare or medium rare. Tenderloin is also used to make Beef Wellington, which is Tenderloin pan seared, smothered with Pate and cooked Mushrooms and then wrapped in Puff Pastry. Then baked in the oven until the pastry is crispy and flaky. 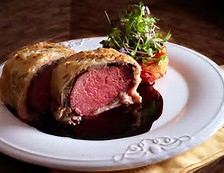 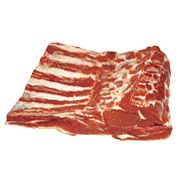 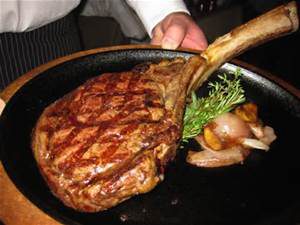 Short Ribs 1694, 1631 and 1696 are favourites in Asian countries. Koreans are famous for using ribs at Korean BBQ restaurants where the waiters and staff cook them at your table while you watch. Korean butchers are masters and have a few cutting and preparation techniques for beef ribs. Delicious taken right from the BBQ, dipped in Sesame Oils with just a dash of salt and pepper. The meat just peels off the bone and the taste is sensational. Another of my favourites. 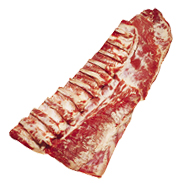 Brisket Point End 2330 is a cut used in an American National dish. In USA a Smoked Beef Brisket is one of the most cooked beef roasts. The time and care spent for preparing a Brisket is a tradition handed down from generation to generation. There are Brisket cooking competitions held all over America every year with people testing and perfecting their recipes to win. The process of Low and Slow cooking for a Brisket has elevated this relatively in-expensive cut of beef to new heights and well loved by many people around the World now. There are many rubs and seasoning’s specifically invented for Briskets. I have a Garlic and Mustard Dry Rub and  Sweet and Spicy Dry Rub Recipe on my Marinades, Seasoning’s And Rub’s page. Search for other recipes there as well.

When Shanks 2360 are cut on the bone cross ways the cut is called Osso Buco which in Italian These are the main Beef Primal Cuts that are used when you visit butchers or supermarkets. The butchers in each country may have different names, cutting style and techniques and are able to prepare many exotic cuts for different cooking styles that their customers request.

I hope the information provided can help you to find a cut for your cooking needs and feel free to leave a comment if you have any questions.