I will explain the pork primal cuts using a link to the Australian Pork Cuts Chart that has the Handbook of Australian Meat (HAM) numbers for reference. The pork meat carcass diagram below is the same chart except without the HAM numbers. I suggest to open the link below first and then use the numbers on the opened link to learn about each pork primal that I will explain. 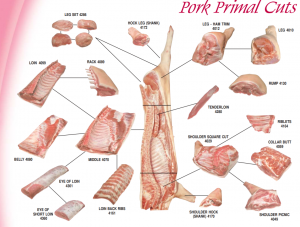 As explained with the beef and lamb cuts, butchers can prepare the pork main primal cuts into many other products for different cooking styles.

The pork leg 4012 has a large proportion of lean meat. covered with an even layer of fat and then encased in pork rind. Pork legs are commonly used for traditional Christmas Hams as the meat is tender and succulent when prepared by brining, curing, smoked and cooked. Pork legs make wonderful roasts and now in modern day butchering the pork leg cuts 4286 are prepared into pork steaks or used for pork
kebabs. In Germany, the hocks 4172 and fore shanks 4170 are a traditional dish called Schweinshaxe which is prepare by brining and then slow roasting. Served with sauerkraut and mashed potato and very popular during Oktoberfest with many large beers. Definitely a favourite hearty meal 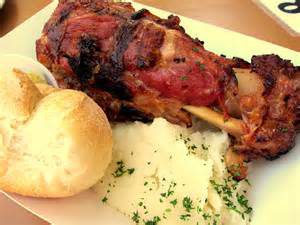 No need to explain too much about this primal. Everyone knows that the tenderloin is the tenderest and very sort after cut. Used as a mini roast for 2 people or when butterfly cut open makes a very nice steak. I use the tenderloin to make kebabs with capsicum peppers and onion. Also great in a pork stir fry with cashew nuts, dried apricots and prunes. Fruit and pork go very well in recipes.
3. Primal 4070 Pork Middle 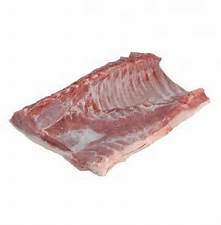 From the pork loin 4099 is where our pork loin chops are cut from. Some 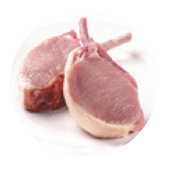 The belly 4080 make a fantastic slow cooked roast and I have a wonderful recipe on my Pork Recipes page you should try. The instructions will help you get that crunchy crackling we are all after. 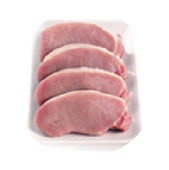 Pork eye of loin 4361, 4360 can be used as beautiful thick steaks with many recipe variations and also pork loin roast. Because there is not much fat care must taken not to ober cook as the meat will become dry.

Pork back ribs 4161 are of course a favourite for many rib recipes. Everyone thinks their recipe is the best and many an argument have been had until cook off competitions are used to decide who is the winner. The best part is being the judge and tasting all the entries. I am good at that part. 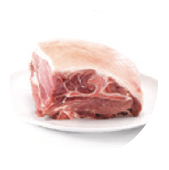 Pork shoulder meat has a little more fat within the muscles. These fat deposits allow the meat to stay moist when cooking. Pork shoulders are wonderful when 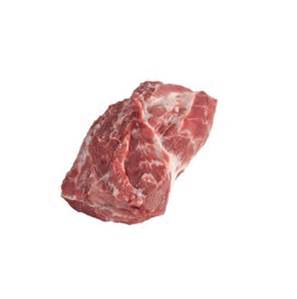 marinated and slow cooked for many hours and then used as shredded pork for in bread buns at outdoor catering and parties. The roasts can be prepared well before and then re-heated on a BBQ grill plate and served with a favourite sauce or gravy. The pork collar butt 4059 is the same cut as beef rib eye steak with similar fat within the muscle. When the collar butt is cut into steaks, they can be grill on the BBQ just like a beef rib eye steak. The fat keeps the steak juicy and tender. 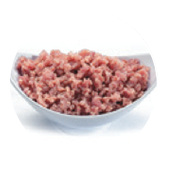 Pork meat mixed with beef meat is great when making spaghetti bolognese. Minced together the combined meats work well as the fat in the pork helps improve juiciness of the sauce. Beef mince can be a bit dry when used on its own. When preparing the sauce, my Italians add a couple of slices of pork belly. The fat from the belly gives the sauce that shiny glistening appearance. Try it next time its your turn to make spaghetti.

All around the World pork is used in manufacturing for cold cuts. There are so many varieties of cold cuts that there are too many to name from salamis, sausages, hams. procuitto  and many more. Salting, curing and drying has been used for cold cut processing for thousands of years. Many recipes have used other cuts of meat but pork is basically the base for a large number of preparations.  Whether international manufacturing companies or home made back yard traditional family butchers, the humble porker is used to create wonderful tasty cold cuts for any time of the year.

In Italy the famous Parma Ham or San Daniel Ham is exported World Wide. Some are left to cure for 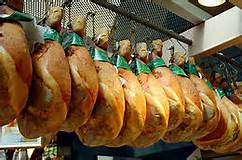 2 years hanging and drying in carefully monitored well ventilated curing rooms. Parma Ham and San Daniel Ham are both Protected of Designated Origin  PDO or DOP which means only these hams are allowed to be called Parma Ham or San Daniel Ham. All other hams that are prepared in the same manner can only be called Procuitto. The same as Champagne. These hams are of prestige quality and because of the time required to cure, command a prestige price as well. Sliced thin and then wrapped around rock melon the taste is sensational or simply with olives as an appetizer. 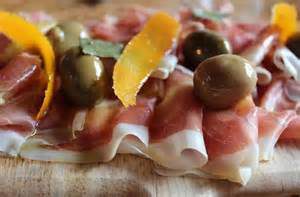 Pork is another healthy and affordable meat. I hope the information provided can help you to find a cut for your cooking needs and feel free to leave a comment if you have any questions. Thanks